The Americans with Disabilities Act (ADA) Amendments Act Of 2008

The Americans with Disabilities Act (ADA) Amendments Act Of 2008

On September 25, 2008, the President signed the Americans with Disabilities Act Amendments Act of 2008 (“ADA Amendments Act” or “Act”). The Act makes important changes to the definition of the term “disability” by rejecting the holdings in several Supreme Court decisions and portions of EEOC’s ADA regulations. The Act retains the ADA’s basic definition of “disability” as an impairment that substantially limits one or more major life activities, a record of such an impairment, or being regarded as having such an impairment. However, it changes the way that these statutory terms should be interpreted in several ways. Most significantly, the Act:
directs EEOC to revise that portion of its regulations defining the term “substantially limits”;
expands the definition of “major life activities” by including two non-exhaustive lists:
the first list includes many activities that the EEOC has recognized (e.g., walking) as well as activities that EEOC has not specifically recognized (e.g., reading, bending, and communicating);
the second list includes major bodily functions (e.g., “functions of the immune system, normal cell growth, digestive, bowel, bladder, neurological, brain, respiratory, circulatory, endocrine, and reproductive functions”);
states that mitigating measures other than “ordinary eyeglasses or contact lenses” shall not be considered in assessing whether an individual has a disability;
clarifies that an impairment that is episodic or in remission is a disability if it would substantially limit a major life activity when active;
provides that an individual subjected to an action prohibited by the ADA (e.g., failure to hire) because of an actual or perceived impairment will meet the “regarded as” definition of disability, unless the impairment is transitory and minor;
provides that individuals covered only under the “regarded as” prong are not entitled to reasonable accommodation; and emphasizes that the definition of “disability” should be interpreted broadly.
EEOC will be evaluating the impact of these changes on its enforcement guidances and other publications addressing the ADA.

The ADA Amendments Act is effective as of January 1, 2009.

Legal Disclaimer: None of the information provided herein constitutes legal advice on behalf of disABLEDperson Inc. 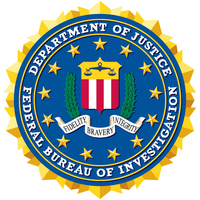